Swaraj intervenes after Bindra, physio stranded in Germany on way to Rio 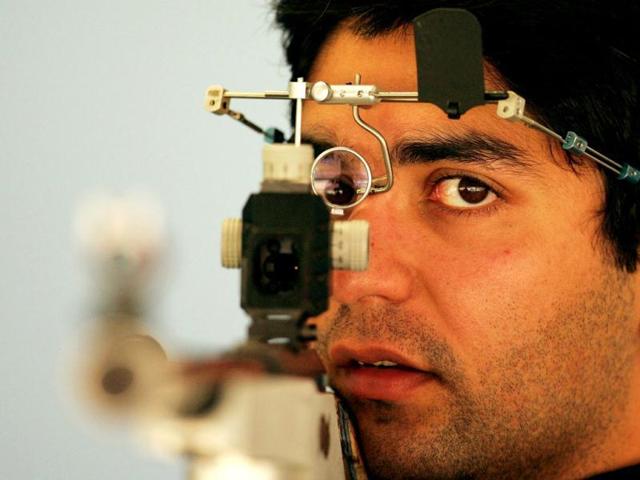 Minister for External Affairs Sushma Swaraj and the Indian Ambassador to Germany came to Abhinav Bindra’s rescue after the shooter’s preparation for the Rio World Cup, which is also a test event for the Rio Olympics, hit a snag after Bindra’s physiotherapist lost his passport in Cologne on Saturday.
Bindra and physiotherapist Digpal Singh Takhat Singh Ranawat were visiting an exhibition when the bag containing the passport was stolen while Ranawat was giving a presentation on sports science and its future.
In a series of tweets, Bindra sought help from Swaraj.

Swaraj requested Bindra to provide his phone number, following which her office got in touch with the shooter. Gurjit Singh, the Indian Ambassador, also tweeted Bindra.

Swaraj assured Bindra of all assistance possible, also requesting a promise from India’s only Olympic gold medal winner that he would secure the nation another gold at Rio.

Bindra later thanked Swaraj and Gurjit for their intervention.

It is understood Ranawat’s temporary travel papers will only be issued by Monday as foreign offices are closed on weekends.
While it is tough, Bindra has time as his competition is slated for April 18. This means the shooter has to reach Rio de Janeiro by the morning of April 17, in time to attend the compulsory pre-event training.
Bindra also filed a report with Indian High Commission in Frankfurt and sought its help in the matter.
“I, Abhinav Bindra, India’s only Olympic gold medalist, Padma Bhushan awardee, presently in Germany for training for Olympics 2016 had visited the Exhibition FEBO 2016 in Cologne today i.e. 9.4.16 and while we were at the stand discussing with various parties on sports management systems the bag of my support staff physiotherapist Mr Digpal Singh Takhat Singh Ranawat was stolen when he was busy giving presentation on sports science and its future. I humbly request you to come to our assistance for issuing a new passport as he has to accompany me to Rio for World Cup 2016,” he wrote in his complaint to the High Commission.
“We are fully abreast of the situation and helping him. I intend to speak to the foreign secretary and sports secretary to get this issue resolved as quickly,” National Rifle Association of India president Raninder Singh told HT.
Tags Abhinav Bindra External Affairs Minister Sushma Swaraj Rio Olympics Rio World Cup Indian Ambassador to Germany