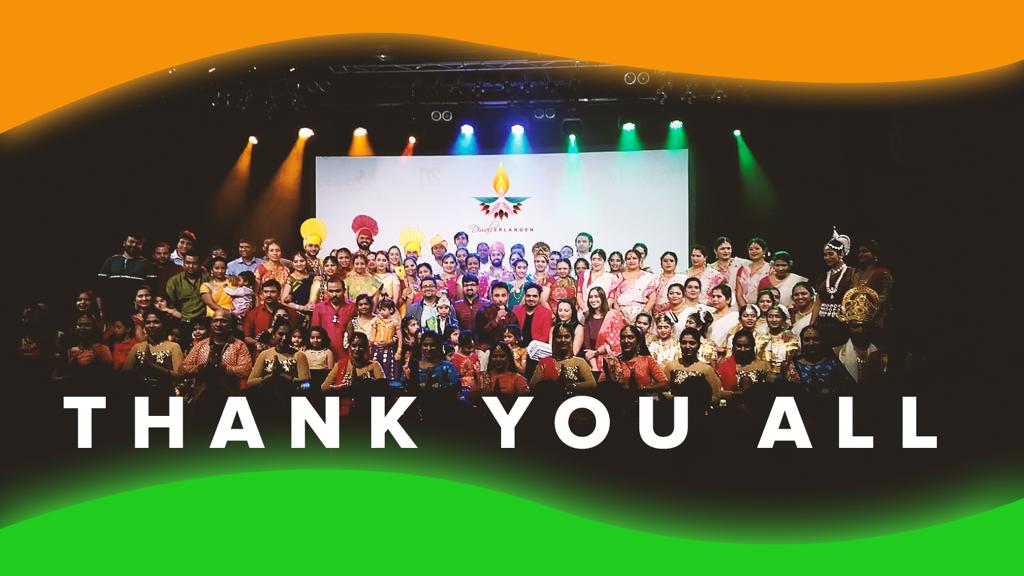 There were 115 performers who put the grand show and entertained over 400 people that evening through a cultural journey of India. Each Indian culture was depicted by various dance forms presented by the various individual Indian communities existing in Erlangen today.

The event also gave an opportunity to one of its audience to win a free ticket to India and back in the form of a lucky draw.

The event was well appreciated ny the Intregation council , Stadt Erlangen and and article was published in Erlangen Nachricthen