Bomb attack on Gurdwara in Germany 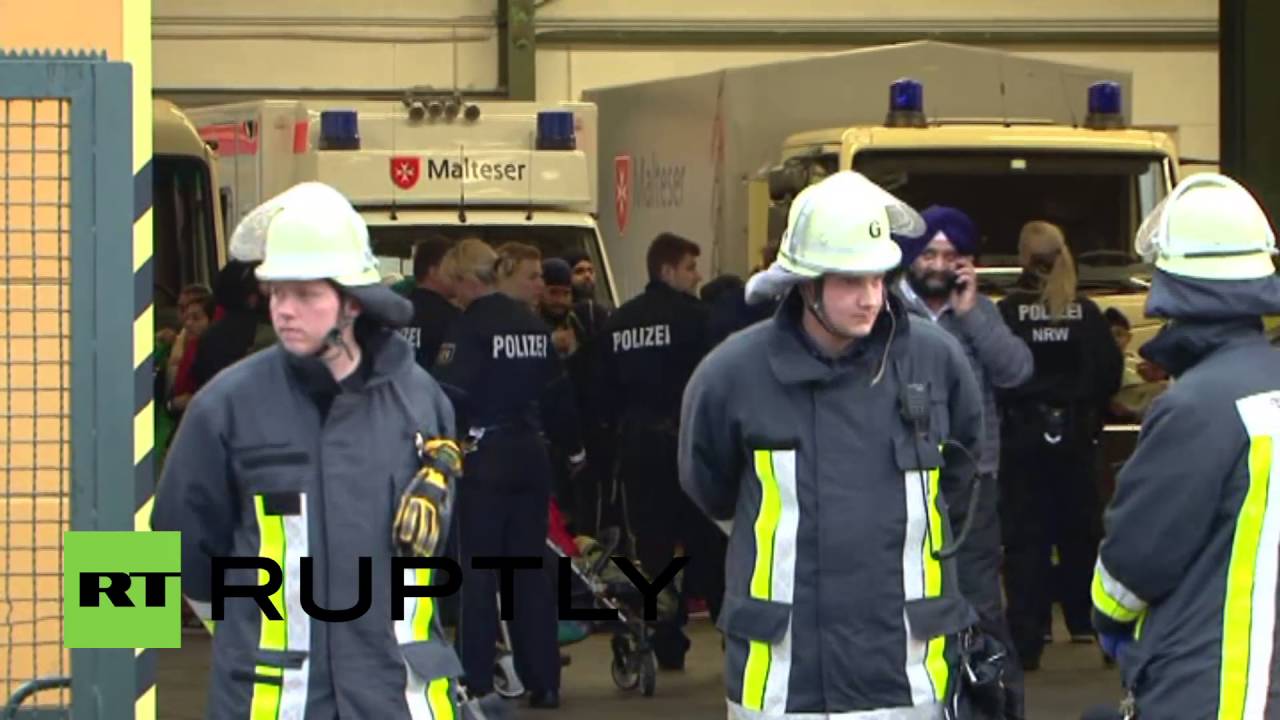 At least one person was seriously injured as a bomb went off at Gurdwara in Essen.

Witnesses report a person clothed fully in black with a black mask on planting a bomb outside the Gurdwara Nishan Sahib (Sikh flag). When the bomb exploded, there were Vaisakhi celebrations taking place inside the Gurdwara and kids classes were going on. Vaisakhi is a time of year when Sikhs hold very visual and open celebrations.

Latest statement from Mayor of Essen and Police Commissioner

In a press conference this morning (17.04.16) the following statements were made.

“Our free society guarantees freedom of religion. Any form of violence is totally unacceptable. Through my visit today and talks with the representatives of the Sikh community I have expressed the solidarity of the city. “

“We have set up a commission of inquiry. The protective measures will be extended. We have found no evidence of a terrorist background in relation to this attack. We are determined to look in all directions for a possible motive. We will work closely with the Indian authorities.”

Confirmation the Nanaksar Gurdwara of Essen and the home of the Mayor will remain under police protection for the time being.
The Indian Consulate of Germany have been in touch with both the police and the Sikh community of Essen to offer sympathies and help investigations.
There have also been calls from India – including from Deputy Chief Minister of Punjab Sukhbir Badal – for India’s Minister of External Affairs Sushma Swaraj to get involved in the case.
The aftermath of the bomb.
Local media subsequently said that three people had been arrested and were being questioned in connection with the incident but have since been released without charge.

Far-right groups have marched through Essen in the last year.

Hear the sound of the bomb going off as kirtan (devotional hymns) was being played:

00:0000:00
The Granthi (a male priest) was the biggest casualty and was taken away by the emergency services. There is no further update on his health yet.

A spokesman for Essen police told the Associated Press that a masked person was reported to have fled the scene shortly after the blast at 7pm. Mr Lindemann said the police were working on the assumption that the explosion was caused deliberately but that there are no indications it was a terrorist incident. Spokesman Lars Lindemann said the explosion was “quite violent”. The bomb was so powerful that windows of flats around the Gurdwara were destroyed upon it going off.

Sikh Council UK stated via social media “Sikh Council UK are requesting a full investigation of this incident as a hate crime in a climate of terrorist attacks, and we will be writing to German Ambassador in UK and others expressing Sikh community concerns.”

The Sikh Coalition, an American organisation experienced in dealing with hate attacks against Sikhs, stated on their Facebook page “Thoughts and prayers are with the injured, their families and the Sangat (congregation). The motive is still unknown, but we are following this very disturbing story closely.”

Local residents have come to the Gurdwara to show their support and are standing with the Sikhs. Ravi Singh, noted humanitarian and head of charity Khalsa Aid stated on Twitter, “Bomb attack in a Gurdwara, a place of worship for Sikhs, in Germany !! We harm NOBODY yet we continue to be targeted for hate!! #Prayers“.